Tosti: The Song of a Life, Volume 2

Here are some funny and meaningful articles from the English press and some judgments of colleagues which show the ironic character of Tosti.

From The Musical Times

No memoir of Sir F. P. Tosti will be entirely complete which does not include some mention of the magnificent commemoration of the artist held in the great hall of his last home, the Hotel Excelsior, at Rome, on 12 January.
The commemoration was organized by the Messaggero newspaper, and had the double object of honouring the memory of the Master, and of aiding the families of the soldiers now fighting at the Front. The programme also included a poetical by a well-known Roman poet, and appreciation by Robert Bracco, the intimate friend of Tosti:

The programme was completed by the execution of the only two instrumentals compositions produced by Tosti, “Inquietudine”, a sweet melody for the violin, and the pianoforte composition “At home”.
Of the eloquent commemoration spoken by Robert Bracco, we have only room to give a brief résumé:

“Neither mourning, nor the anguish of despair, nor lugubrious monodies do we associate with Paolo Tosti this evening, but the colours and the odours of spring, the beauty of fair ladies and the grace of children, the passing of a multitude of winged spirits, symbols of the “Eternal Woman” come from all parts of the earth to pay their respects to the fadeless memory of the Master who has passed. Well might we write on the door of that room where he lay-that room yet saturated with the sense of his power- the strange and mystical exclamation of Emilie Brontë: “Here is no place for Death.”
“None but one who was able to enter thoroughly into the soul of the master, and who merited that privilege, could have made that suggestion for a monument to Tosti which we owe to her with whose grief and with whose pride we associate ourselves this evening. “Erect upon a pedestal,” she has said, “a figure that shall represent Woman, and inscribe upon the pedestal the first notes of his first Romance and the first notes of his last Romance.”
“Simple and wonderful commentary of his art! All his music he offered to Woman, for from love it drew its inspiration, and to love was it dedicated. And so every woman, loved or loving, or with the memory of past love or the expectation of a future love in her heart, finds in his measures the interpretation or the echo of her own interior world.
“This is the psychology of Tosti’s music, and the grand reason why it is known all over the world.
“We must not allow his genial and beloved personality to obscure our appreciation of his work as a musician, and particularly in that field of music devoted to Romance, the graceful lyric that was not disdained by the semi-gods, such as Lully, nor by the gods, such as Rossini. In the varying history of the Romanza Tosti has, without doubt, signalized one of the culminating periods, and we may compare his influence in this direction with that of Giuseppe Blangini, who in the 17th century did so much for the Italian Canzonetta, and whose chief characteristics- a modest simplicity marked with an inborn dignity and an entrammelled elegance that are due more to instinct than to culture-are all found in his works, retaining the imprint of the purest and most traditional forms of Italian music, amidst much rapid evolutions as have never hitherto been known in the Kingdom of sound.
“For this, perhaps, criticism will deal several with him: but to us let his poetry be sacred-that poetry which, in the heart of gentle, lovable son of Italy, retained unchangeable light and colour and song, so truly resembling a divine faculty. It was Robert Schumann who, hearing Italian song, wrote to his old master:
“In Italy I have learned to love the genius of music.”

An acquaintance said to me recently: “What opera does Tosti come in?”
I asked for fuller particulars. “You know” he said, “the Tosti of Tosti’s ‘Good-bye.’ “Then I understood. For him, and I suppose for a good many others, the title “Tosti’s ‘Good-bye’” has the significance of such other title as “Elizabeth’s prayer” and “Lohengrin’s Narration” : it is impressed on his mind as a detail of some music drama.
This kind of fame is not a little wonderful. In this case the work enjoying it happens to have preserved the name of the maker of the work. But once in a while the maker is forgotten or overlooked. People speak of “The Rosary”, for example; never of the “Nevin’ s Rosary”. A neighbour once told me that next term her daughter would be learning “The Prelude”. To each I said “Rachmaninoff’s?” and in each instant the composer’s name had no significance.
It is no surprising that Tosti should have gone into the title of his songs; but I find that even in musical circles nothing seems to be known about him. He seems to be obliterated-as is that an individual, Tantalus by name, whose fate gave rise to the word “tantalise”. Yet Tosti died as recently as 1916; and, though an Italian he was an English knight, – Sir Francesco Paolo Tosti.
His ascent to fame on the wings of the songs he wrote is a picturesque story. In 1872, at the age of twenty-six; he was wandering the streets of Ancona with nothing to do; nowhere to go and with less than sixpence in his pocket; and for same days he had been living with oranges and stale bread. But in 1885, before he was forty, he was the friend of Italian and English dukes and duchesses and a welcome visitor of Queen Victoria; his songs were selling literally by the million, bringing him in enormous royalties; and Ricordi, the publisher, was paying him a retaining fee of one hundred pounds a week, for which he had to do nothing except sending in twelve songs a year.
Tosti as a youth was poor, but he contrived to study under Marcadante, the composer of operas, who helped him to some teaching at school in Naples at a salary of £ 210 a month. He learned the violin, and wanted to be a famous violinist; but all h could do in this respect was to play in the back desk of the orchestra of an obscure Italian theatre.
At the age of twenty-two Tosti’s healthy broke down, and for a long time he was ill.
During that illness he wrote a song for a prize offered by the Florentine Art Society.
The song was rejected. Then he wrote two other songs which he sent to Ricordi, and this also were rejected. At the age of twenty-four he contrived to go to Rome, where he found a patron in Sgambati, the composer who helped him to give a concert at which royalty was present. The Princess Margherita (afterwards Queen of Italy) was captivated by his songs and his singing, and appointed him her teacher. Yet this could not have meant much at first, for the distressful Ancon period came two years later. However, it seems to have softened Ricordi’s heart towards him, since in the due course he accepted and published the two songs he had formerly rejected. They were “Ti rapirei” and “Penso”, and Ricordi paid Tosti twenty pounds for the copyrights of them when they have made good with the public. The Florentine song,” Vorrei morire”, eventually brought the composer a small fortune.
In 1875 Tosti expended his last soldo on the adventure of visiting London, and here he was befriended by an English woman who was interested in music. Very quickly he became a favourite in fashionable drawing-rooms; and little by little working patiently and hard, he made his way upward until he was singing master to the Royal Family and a frequent visitor of the Queen.
In 1880 Tosti settled permanently in London, and for many years he taught at the R.A.M. The songs which made him world-famous in the early eighties were “Vespers”, “For ever and for ever”, “…mother”, “that Day”, “Aprile”, “Lamento d’Amore”, “Non m’ama più” and “Good-bye”. In later life he aimed to compose more important songs than this drawing-room numbers; and, his taste improving, he produced such pieces as the “Mattinata” and “Serenata”, both of which have recently been recorded for the gramophone.
Tosti was predestined for success. He mainly had the gift to write songs which, […] eulogists said “forty-five years ago, touched equally the hearts of princes and […]” […]. But he had those still more essential abilities for success, adaptability and tact […]. “He possesses to an extraordinary degree the most valuable natural or acquired quality that any human being can possess; this gift is more the beauty, more than talent or riches or birth or position- it is the simple word of four letters called TACT; I don’t believe there is a man in the world who possesses this attribute in a more supreme degree than Tosti”.
It is the glory of the supremely great men that in their lives the man still transcends his achievement; and perhaps it was so with this lesser man, the song writer Tosti, for he was honourable and conscientious and splendidly hardworking. No other song writer in any age has had such a career, and few public successes in art are been so well deserved. On the altar of remembrance, he deserves more than a sprig of rosemary. He ought not to be forgotten: still less ought he to be merged into the title of one of his songs. 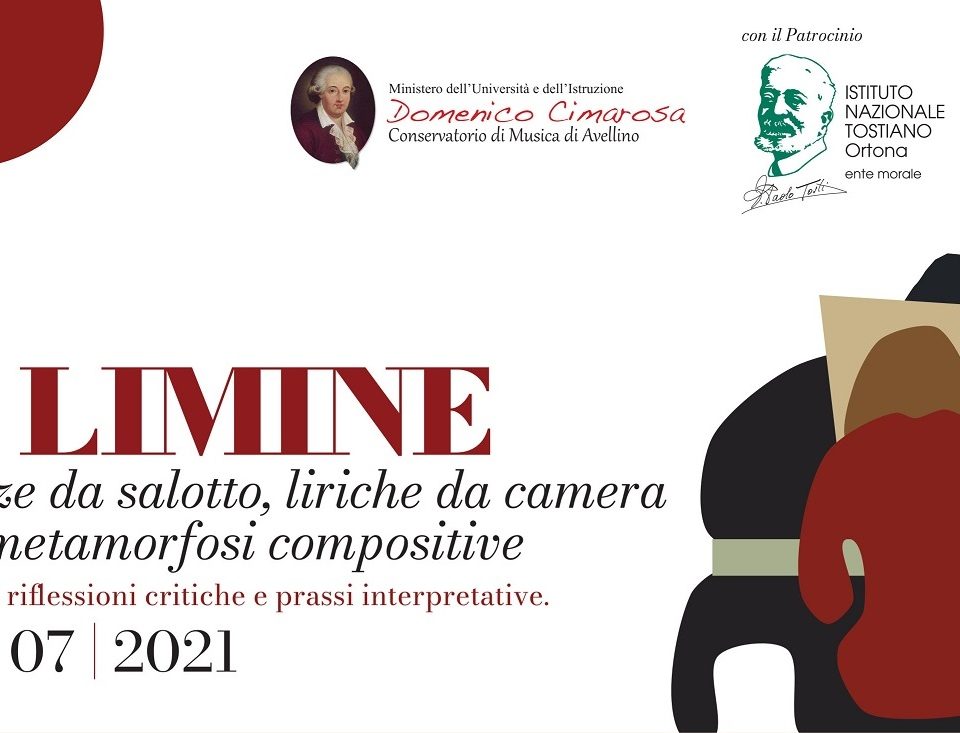 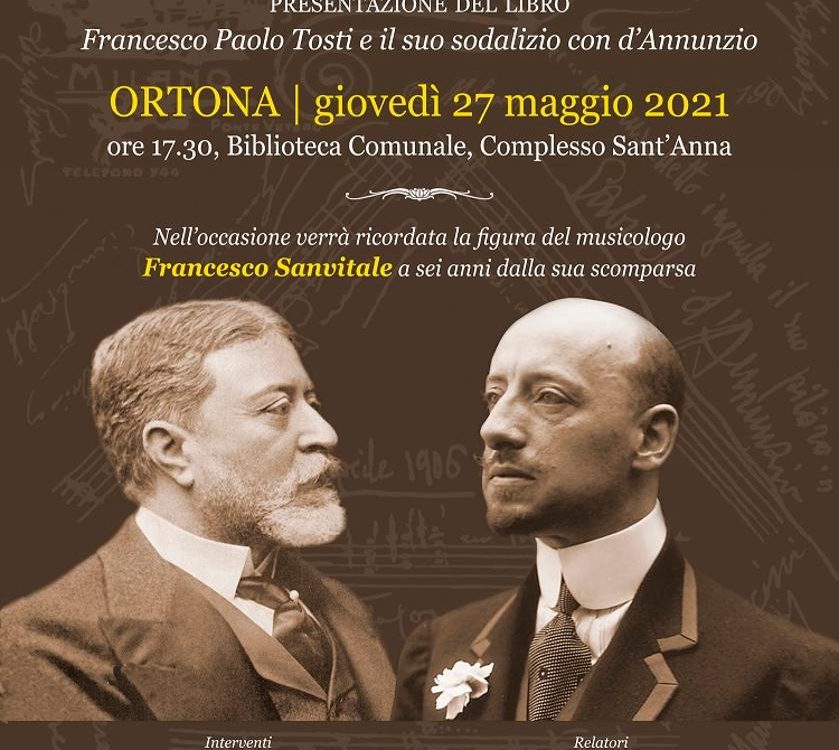 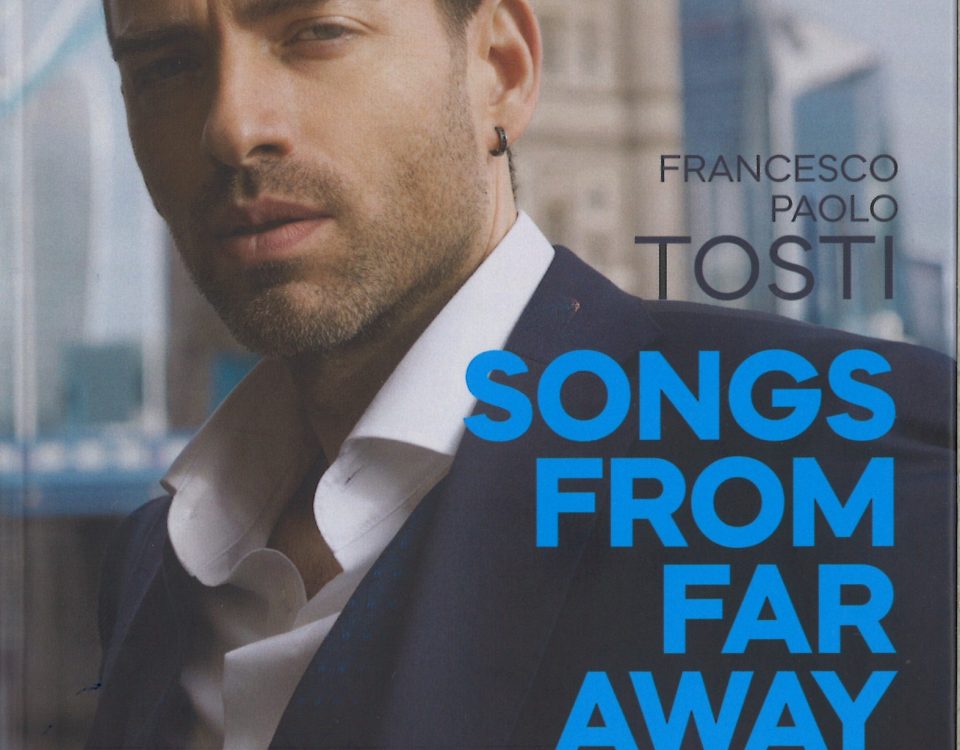